"BEEN THERE, DAWN THAT"

Check out my latest music and upcoming events!

Check out my latest music and upcoming events!

Dawn Renae Rix is a natural! While it may be an overused term in the music business, in Dawn's case it's a perfect description. Born to sing, her first eager audiences included family and friends, but she quickly made her way onto the stage to perform in school musicals and local concerts.


In a sea of sound-alike would-be performers that flood contemporary country music, this attractive West Virginia native is the most refreshing entertainer to hit Music Row in a very long time. Since the age of five Dawn has been grabbing the attention of audiences, surprised to hear "the big voice coming from such a little girl." " I guess I have always wanted to perform," laughed the petite brunette during a quiet moment in a Nashville Studio. "At five I was using the stairwell as my stage and a hand full of quarters and a jukebox was all the band I needed." Dawn's imaginary audience quickly became a reality. From Scholarship talent contest to singing at the 1988 pre-inaugural Presidential ceremonies and the world-renowned Breeder's Classic , showcasing at the famous Nashville Palace to opening a show for the legendary "Whispering" Bill Anderson, to wowing the crowd of 40,000 and her fellow 167th Air National Guardsmen at the WV Thunder Over The Bridge Air Show, Dawn has been a winner.


Many of the large National fairs have also discovered Dawn Rix, including Six Flags in New Jersey, Walt Disney theme parks and West Virginia State Fair. But performing to support herself was not foremost in her mind. "I have been aware that I have a great many things to be thankful for," reflects Dawn. " I felt it was important to give equal time to those who needed a little help." And help she did. When you read Dawn's lists of appearance credits, it is amazing that someone could have covered so much ground. Dawn has dedicated much of her time to such charitable organizations as the United Way, "Just Say No," March of Dimes, Hospice, annual local blood drives, Special Olympics and the St. Jude's Children center, just to name a few.


Her sincere desire to make a difference was evident when she became founder and President of Autism- The Missing Piece-Org a passion fueled by the need to raise Autism Awareness and support ALL those touched by Autism! Throughout the Tri-State area she is typically known as "Little Miss Dynamite," when she takes over the stage as a regular attraction performing with the band!


With her skills finely honed, Dawn is trying her own brand of country music in Music City. Pursuing a life-long dream, she completed her first album in Nashville where the song "In America" charted on the Top 100 Christian Country Charts. The results are exciting and unique since, in Dawn's words, she is just "doing what comes naturally." 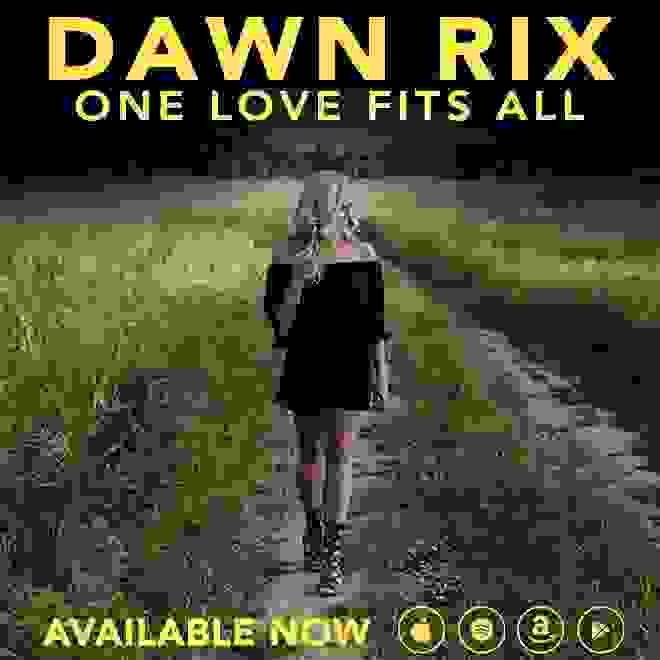 One Love Fits All

One Love Fits All